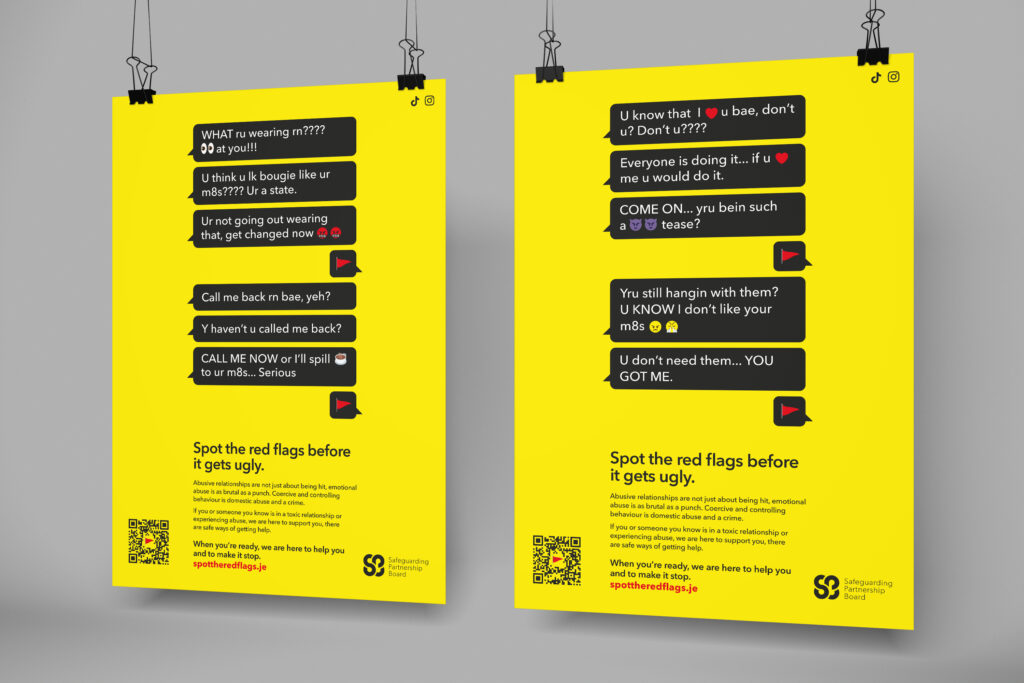 The Jersey Safeguarding Partnership Board approached us to work with them on their Domestic Abuse campaign following a change in the law, making coercive control a criminal offence, and the release of the new Domestic Abuse Strategy. This strategy sets out clear objectives that it aims to meet over a 3-year period and in year one, they decided to run a campaign that would target 16-25-year-olds. Since 2020 there have been 530 domestic incidents involving 325 individuals in this age group in Jersey, so the goal was to run a campaign that would prompt young people to think about their relationships, help them identify controlling and coercive behaviour, and recognise when things aren’t quite right.

Hannah: “Before we embark on any campaign or project like this, we always gather market research and given the sensitivities of this subject matter, as well as the need to reach young people in an authentic and relevant way, we began our journey by holding a workshop with a group of 17-18-year-olds and we asked them about their experiences and how we should approach and deliver this campaign. We also passed on our questions to the support workers of young victims that we wanted to ask, and this gave us the valuable insight that we needed to begin the creative process.”

Branca: “A phrase that stuck with me was “red flags” mentioned by one of the young victims and as I started on the research piece these two words kept popping up. As this campaign was targeted at a young audience I automatically thought of the Red Flag emoji. Because a triangular red flag is often used to signal danger, this emoji is commonly used to refer to dangerous situations or to warn people of bad ideas or potential problems. It became apparent that we could use this as the main asset and name of the campaign. The main message we needed to communicate was that abusive relationships are not just about physical violence; emotional abuse is as brutal as being hit.”

‘Spot the Red Flags’ was launched on November 1st 2022, with 1500 little red flags, stickers, posters and postcards being distributed and put up across the island in places where young people gather. They were displayed in schools, youth clubs, Randalls pubs, at Liberty Bus and in various locations on the streets of the town centre and the parishes. Their design included a QR code, that when scanned, took people to the campaign website spottheredflags.je where they could find the local support agencies’ contact details so they can talk to them confidentially and anonymously. The design was very simple and clear with an easy-to-access ‘shut down page’ button, should victims be looking at the site and need to quickly clear the page.

Hannah: “The idea of the physical flags was to increase awareness and engagement on the first week of launch, with the posters, stickers and postcards having more longevity, but the main channel for this campaign was social media. We knew that to reach young people we needed to run a campaign on TikTok and Instagram that would be relevant to them.”

Branca: “I took time to research current trends and pulled together a selection of types and styles of posts that will appeal to the target audience and catch their attention. I then worked closely with Summer Holley who supported us with the social media content and management to create the posts. We also enlisted the help of some local actors through Carla-Marie Metcalf, a local theatre director and talent coach. We created a six week social media campaign with a mix of static visuals, GIFS, videos and an interactive quiz.”

More than 250 people took the quiz in the first few days following the launch, which on completion gave them some pointers as to how they may consider managing and dealing with relationships. TikTok engagement was particularly successful with one post having nearly 5000 views and over 1000 likes on the day that it was posted.

“Branca and Hannah were innovative, with a clear vision of what the campaign should look like from the start. They have worked collaboratively with us to deliver a successful campaign that has received positive feedback. The ‘red flag’ branding is visible, catchy and clear in terms of messaging and the voice of the target audience has been captured effectively throughout the campaign in both the social media content and the print materials.” 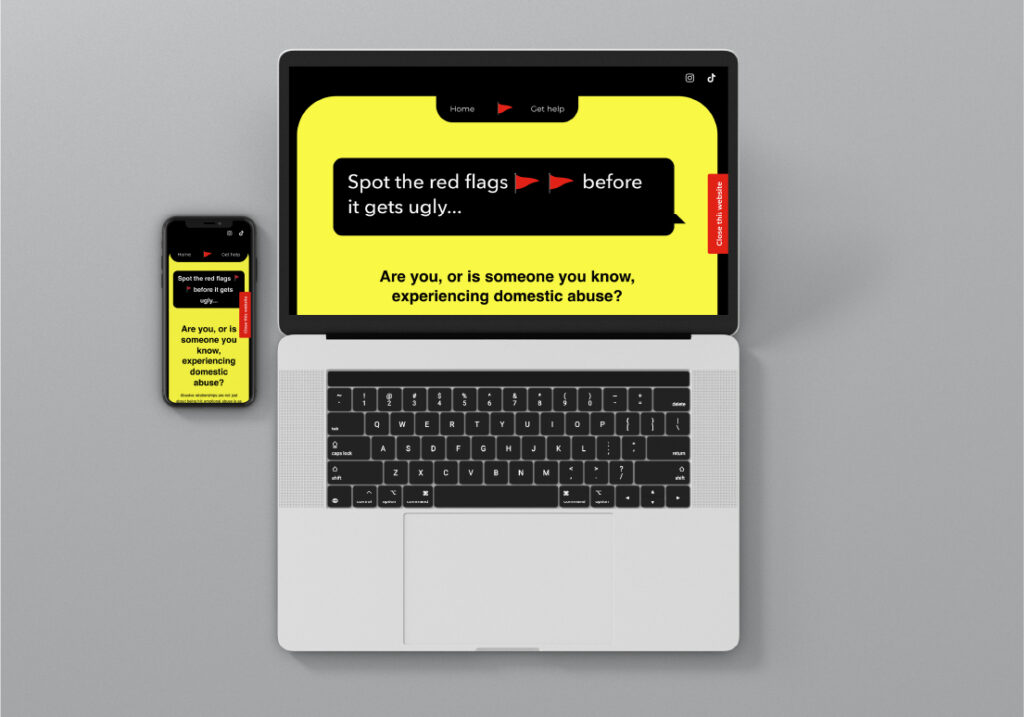 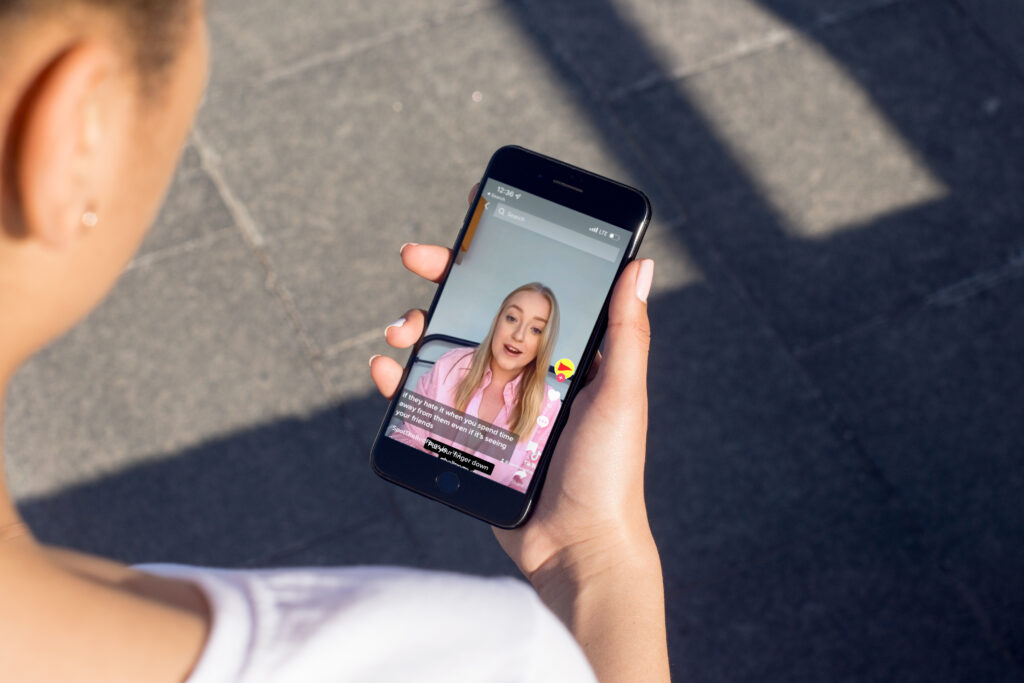 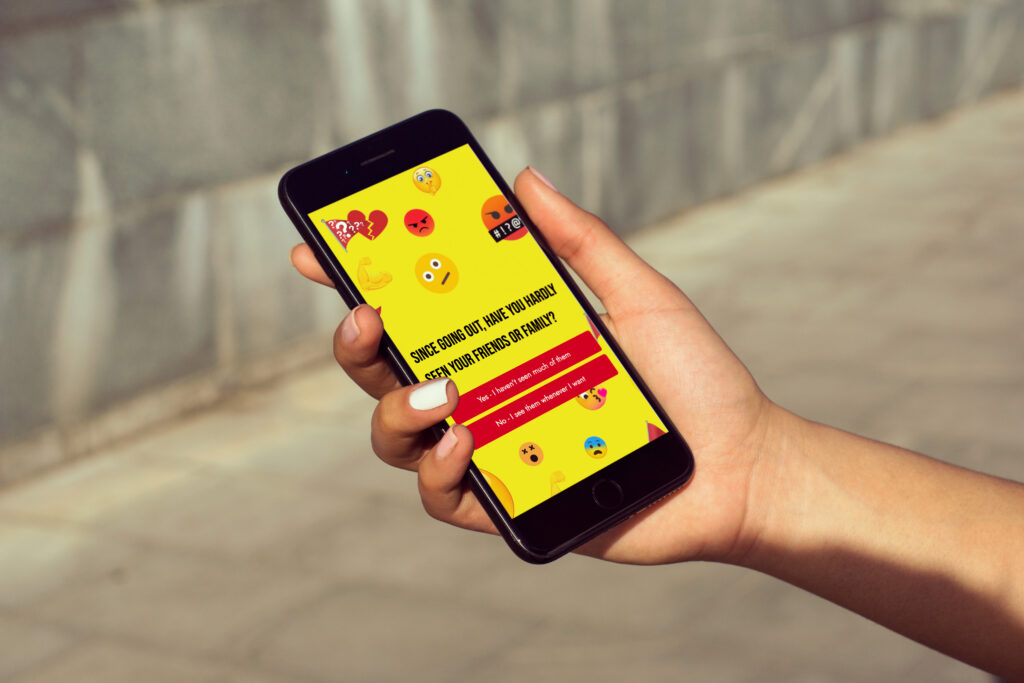 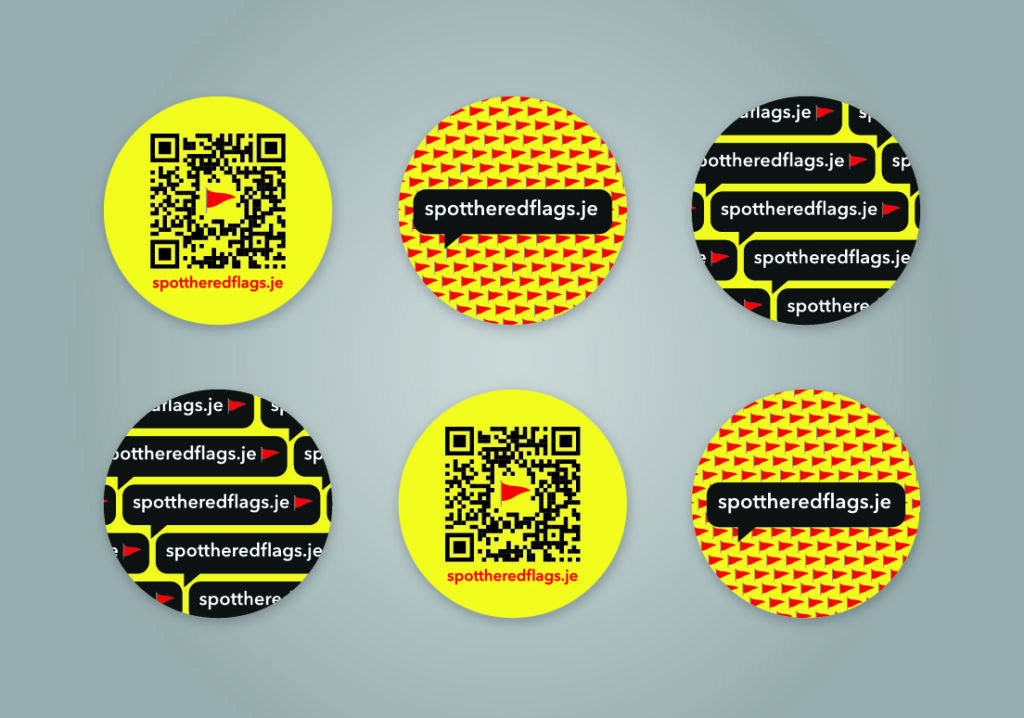 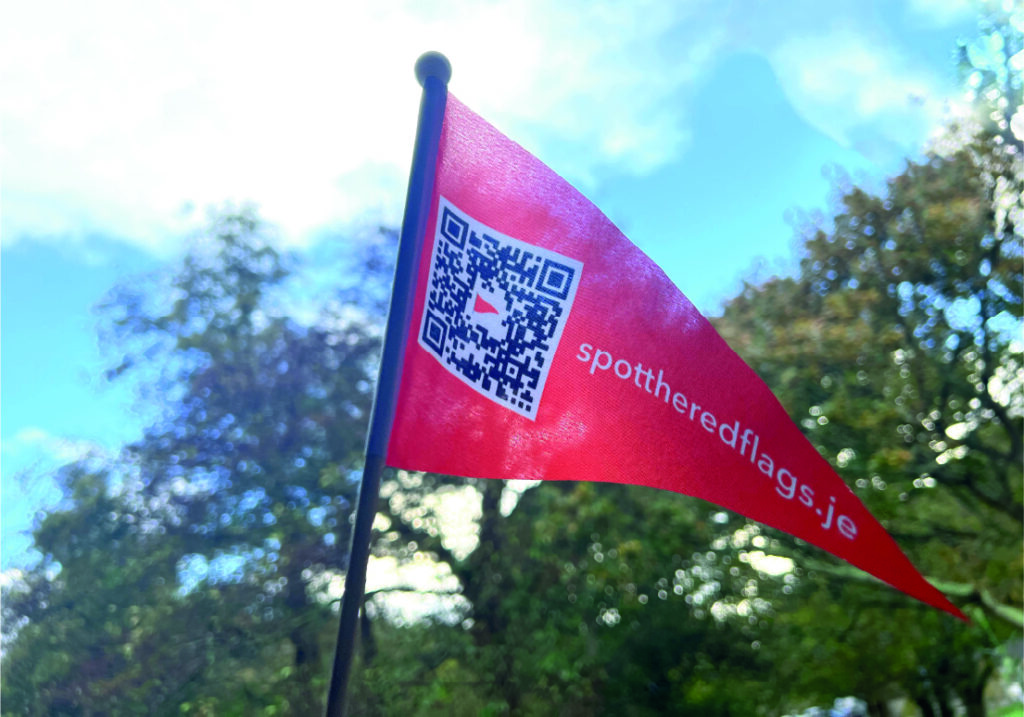