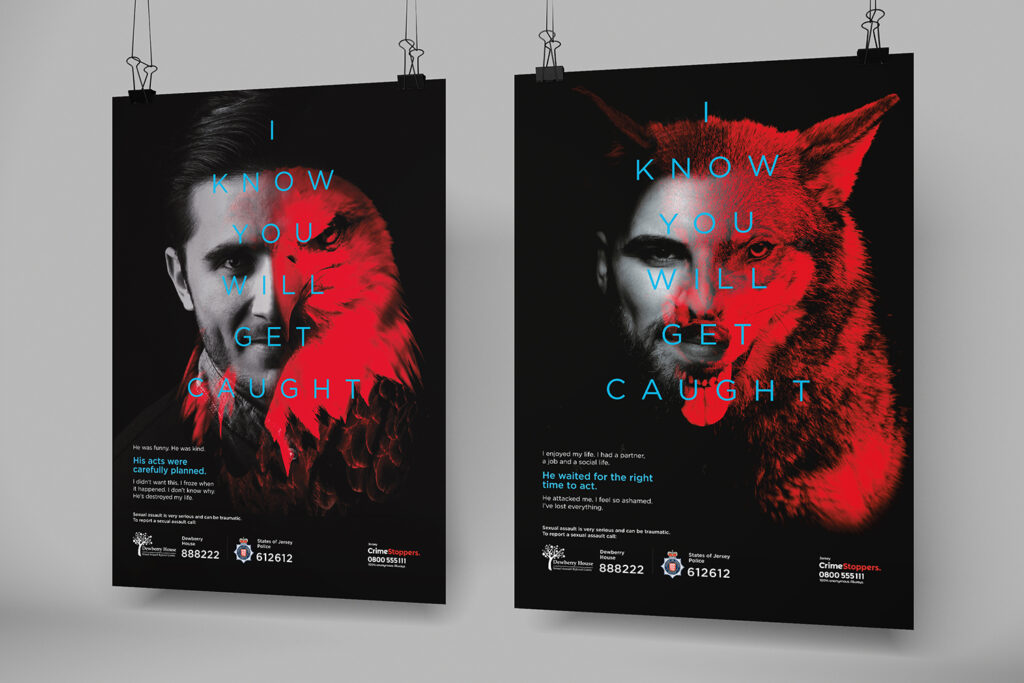 Challenging, sensitive, emotional and hard hitting – this integrated campaign focused on empowering victims of rape to come forward and report their attackers.

The objectives were to raise awareness of Jersey’s new Sexual Assault Referral Centre, known as the SARC, for current and historic survivors of rape and sexual assault, as well as communicate recent changes to the law and tackle the rape myths that impact a jury’s decision-making. It also had to reach the ‘hook up’ generation, 18-35 year olds, who are using dating apps and agreeing to sexual acts and then changing their minds.

Hannah: “It was critical that this campaign was a collaboration involving all stakeholders. We met with the team at the SARC, various support groups and Jersey Police’s Community Action Group and consulted with them at various stages of the campaign so that the execution was on the right track. It gave us the opportunity as we developed the campaign to ensure that the communications would be relevant and accessible for everyone.

Branca: “We wanted the wording that was used for this campaign to be authentic, so we took phrases and sentences from anonymised victim impact statements that told their harrowing stories. The slogan agreed by all groups, to empower victims was, ‘I know you will get caught’. It was intended to shock, as well as to ensure that the audiences understood the consequences, without blaming the victim.”

Hannah: “Branca’s creative design concept used powerful imagery and a bold colour palette. It highlighted the two-sided nature of these people, with striking predator imagery which was blended with human faces. We took a different approach to target the younger ‘hook up’ generation, using the ON/NO concept for online dating apps. The message was that no matter what stage you are at you can always say ‘no’, even if you swiped right to begin with. The tagline read: ‘Swiped right? Just because you said it was on, doesn’t mean you can’t change your mind’. “

The impact on our audiences was considerable, with an upturn in reported offences going directly to the SARC. The average monthly recorded number of visits increased by 49% and there was an increase the number of rape convictions in Jersey courts.

“Hannah and Branca handled this campaign with professionalism and sensitivity throughout. The creative concepts and messaging were very impactful and were well received in the community. It encouraged and empowered victims to come forward and it dispelled many myths and misconceptions about rape. We are heading in the right direction, but there is still much to do.” 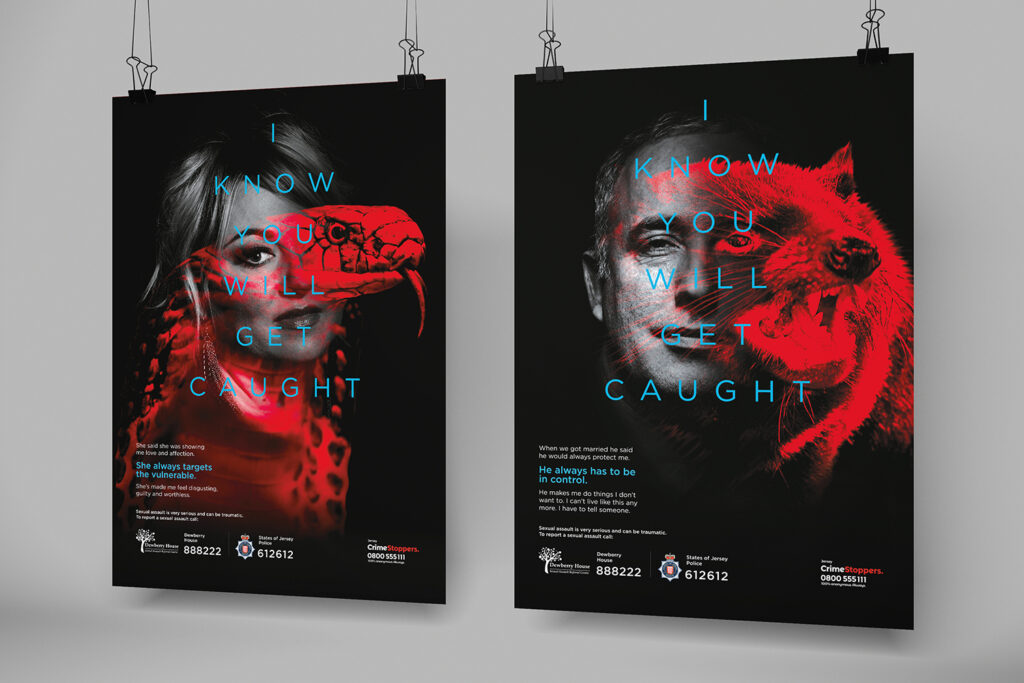 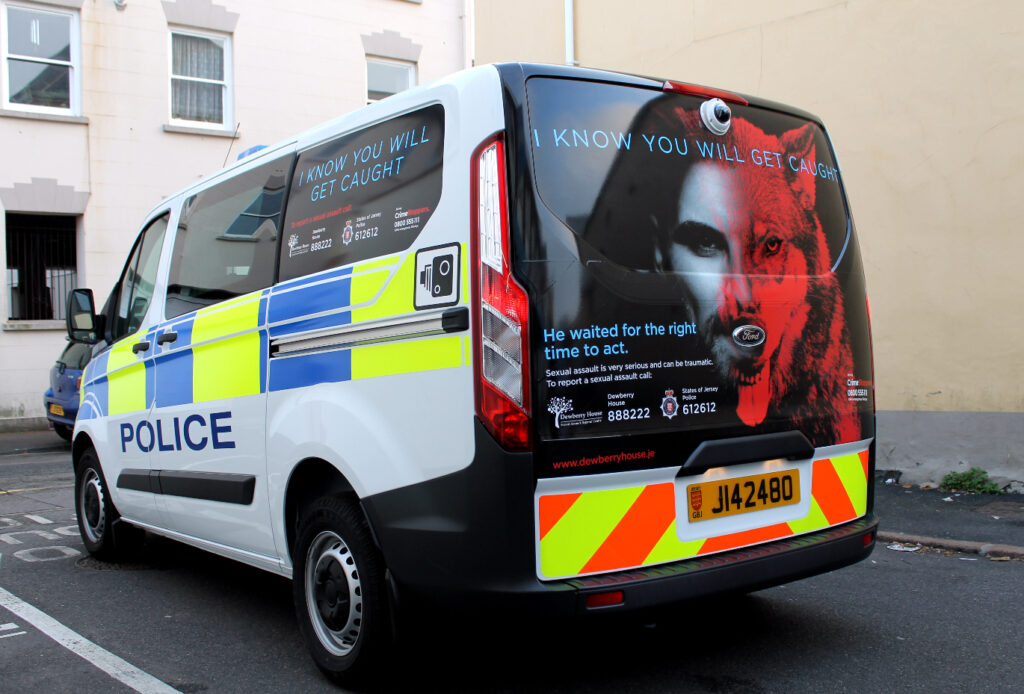